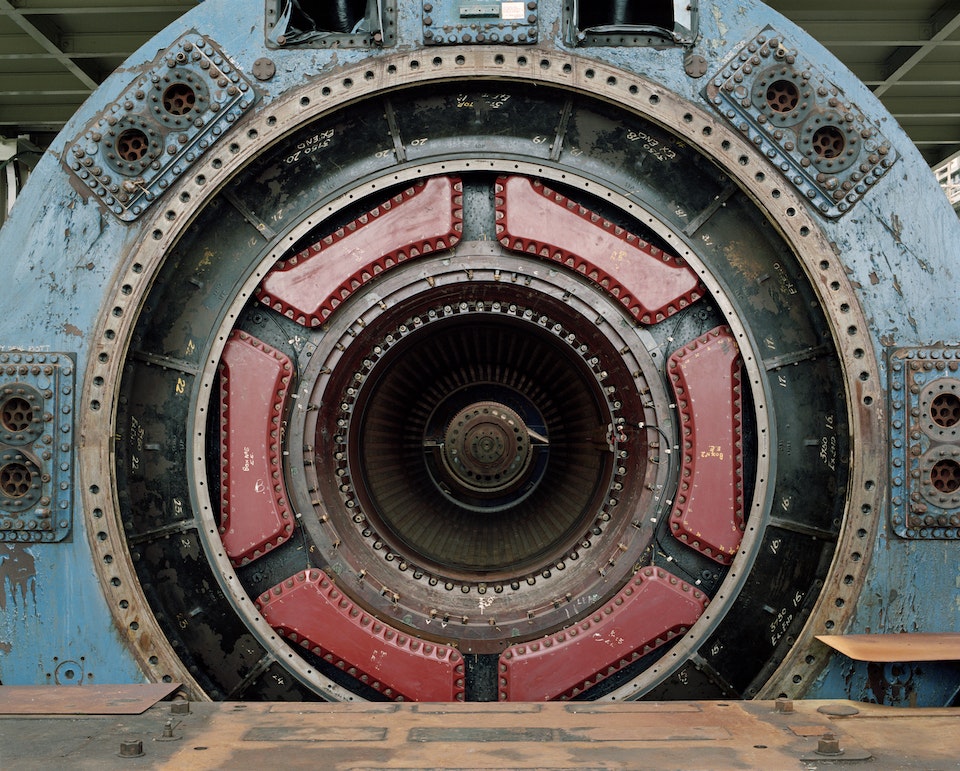 We are delighted to announce our new exhibition:

An exhibition documenting the decommissioning and demolition of Fawley Power Station in Hampshire, an iconic example of 20th century industrial architecture

Photographer Greg Moss began his long-term project documenting Fawley Power Station in 2013, shortly after the oil-fired facility ceased generating electricity. He has followed the brutalist structure through the protracted process of decommissioning and demolition, culminating in the dynamiting of its gigantic 198m-tall chimney stack in late 2021.

As well as a valuable record of one of the most iconic examples of post-war power station architecture, the Razing Power series of photographs also resonates with the current debate about energy independence and net zero, not to mention the redevelopment of other power stations such as Battersea. The impact of constructing such a bold and brutal structure in a sensitive landscape such as the New Forest is counterpointed by a growing movement against demolition, calling for greater retention and reuse of buildings.

Designed by specialist industrial architect Farmer and Dark, Fawley Power Station was completed in 1971. The site dominated the coastline at the entrance to Southampton Water, as well as the low- lying New Forest, its chimney a landmark for miles around.

‘When I began photographing Fawley, it was purely an exploration,’ recalls Moss. ‘But after a single visit I became fascinated by its vast interior, filled with miles of pipeline, cranes, glass cladding and turbines.’ Knowing the site was planned to be demolished, he decided to start documenting its colossal form, ageing mechanics and patina from decades of constant operation. ‘At times it felt rather eerie, wandering around the station and not seeing a soul nor hearing anyone.’

As much as the design and engineering appealed to Moss, it was the process of destruction that was just as fascinating. ‘With the station being slowly dissected and at times toppled with explosives, it turned from a cathedral of steel and glass into a dusty mass of detritus.' He also documented the famous retro-futuristic control room: ‘It felt more like the set of a 1960s’ sci-fi film than a working power station in Hampshire’.

Despite campaigning by the 20th Century Society, the structure failed to be listed. Demolition is now almost complete, prior to redevelopment as Fawley Waterside mixed-use scheme with 1,500 new homes.