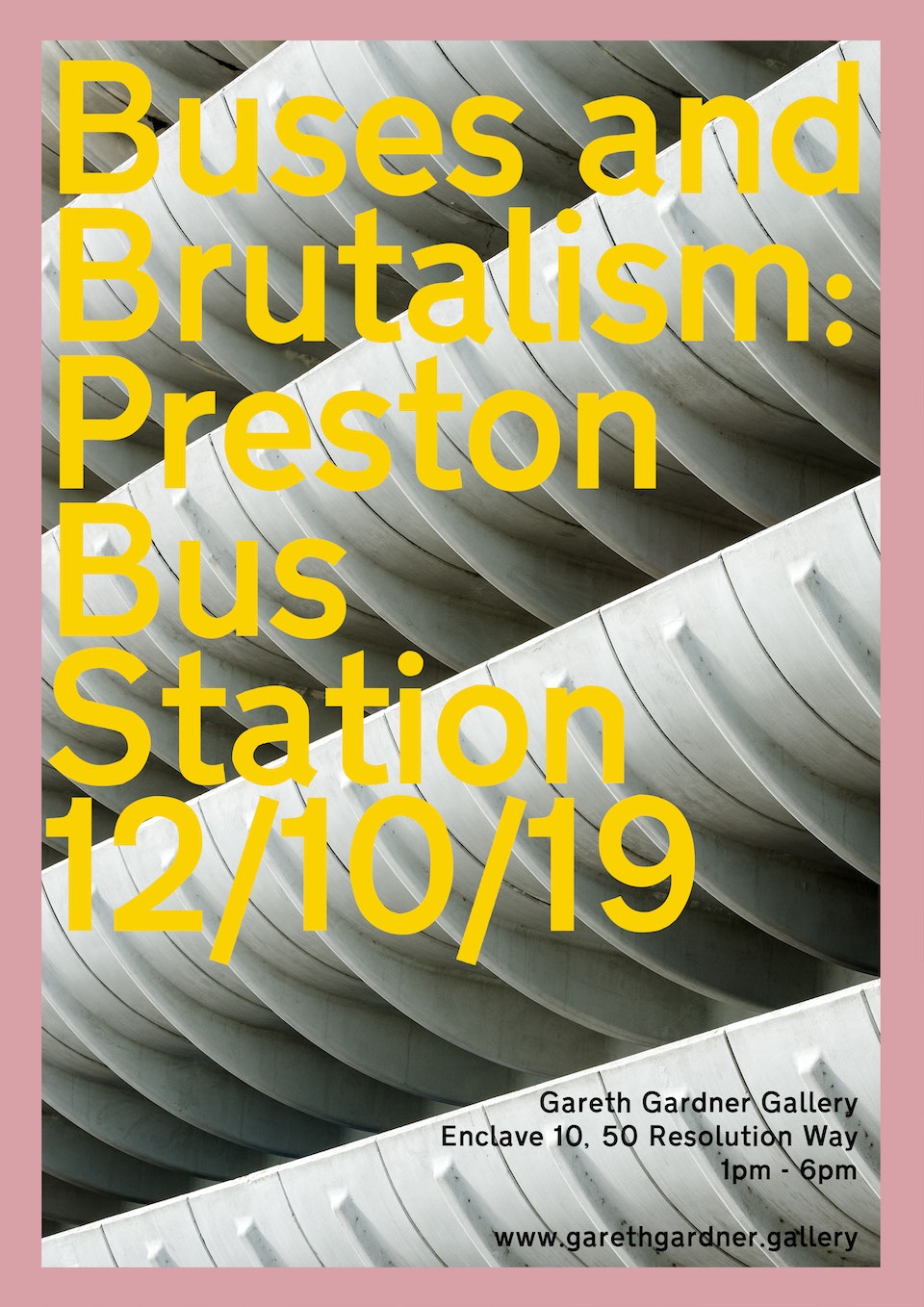 Architectural photojournalist Gareth Gardner is showcasing a selection of his iconic images of Preston Bus Station at his new studio/gallery in Deptford, SE London.

The pop-up exhibition will be open from 1pm to 6pm on Saturday 12 October 2019, to coincide with the Bus Station’s 50th birthday. Gareth has photographed the building on a number of occasions, most notably for an extended feature in Blueprint magazine. He was also commissioned by architect John Puttick Associates to document the much-lauded refurbishment.

Gareth Gardner was one of two photographers featured in the Twentieth Century Society’s 50 Architects 50 Buildings book, published in 2016. His new studio/gallery, dedicated to photography of architecture and the man-altered landscape, has been designed by architect Studio C102. This will be the first chance to see the space after its completion.