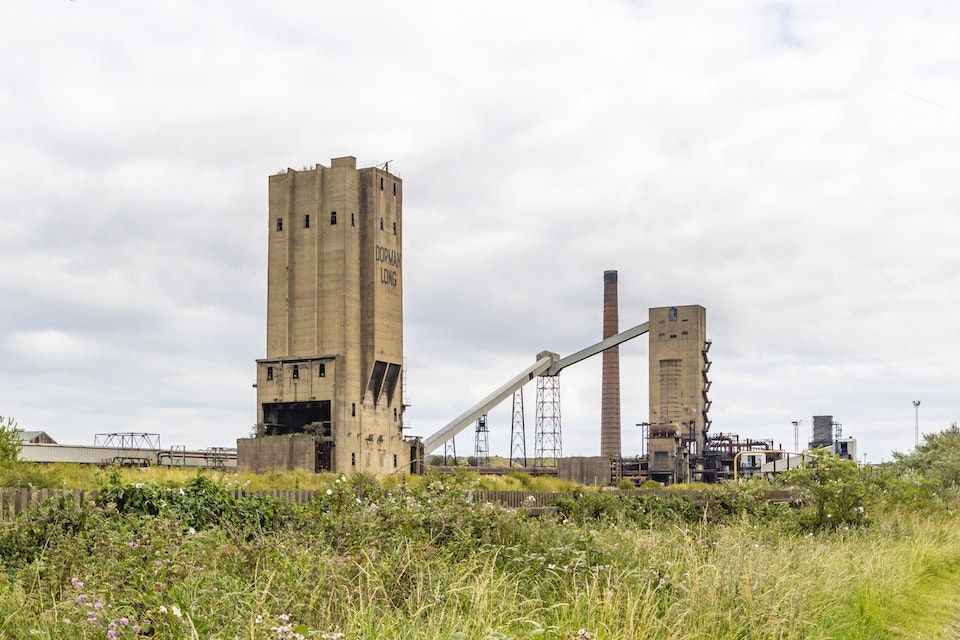 A photographic tour of Britain’s most celebrated – and divisive – modernist buildings is showing at Gareth Gardner Gallery from 8th April. The images are a personal selection by photographer and designer Chris Matthews, who was commissioned to capture more than 300 buildings for the latest book by critic Owen Hatherley.

Chris travelled the length and breadth of Britain during the last two years, photographing a vast range of buildings and structures from the Humber and Severn Bridges to the postwar new towns of Cumbernauld and Milton Keynes. The images capture these places in a largely deserted state – the result of the pandemic – providing a unique perspective of Britain’s modernist legacy.

Modern Buildings in Britain: A Gazetteer, which launches on the same date, is the definitive illustrated guide to modern British architecture. Its author Owen Hatherley is widely regarded as one of today’s most influential critics.

Published by Particular Books, the 608-page publication explores modernism’s fiercely contested place in Britain’s history, with Owen’s trenchantly opinionated and witty analysis gained from hundreds of examples across the nation, from Aberystwyth to Aberdeen, St Ives to Shetland.

‘The brief for the photography was to match the imagery with Owen’s writing,’ explains Chris. ‘Owen knows what makes a good building but he’s also interested in history and local context, so it was important to show these buildings with losing any sense of place.’

Adds Owen: 'The photographs by Chris stress the character and context of modern buildings, the ways in which they had aged in interesting ways and engaged with the complexities of their surroundings, and the manner in which they formed strange and exciting new landscapes.’

The logistical challenge of visiting so many buildings during the pandemic added extra complexity to the project. Within a month of commencing, work ground to a halt. ‘When restrictions began to be eased, it was like playing within a dystopian computer game, where I had to travel the entire country on a mission without interacting with any people,’ Chris recalls. It was an intense way of working, but the lack of people and traffic meant unobstructed views of buildings were possible.

When selecting images for the exhibition, Chris and curator Gareth Gardner have chosen images that tell a wider story not only about modernism but also the current state of the nation. ‘On a geographic level, it’s interesting to see the diversity of places where modernism is found. On top of that you’ve got Britain’s various mood swings with modernity, whether that has been flamboyant, nostalgic, technocratic, ironic or self destructive,’ Chris says. ‘And of course the social promise of twentieth century modernism has been undermined by huge inequalities.’

Adds Gareth: ‘There are iconic buildings here, but I’ve also discovered many new ones. For me, the excitement is not only seeing such incredible examples of British modernism, but also the small details that say so much about life today – the mobility scooter parked outside Grimsby Central Library, the taped-off pews in Clifton Cathedral.’

Several of the buildings photographed by Chris have already been lost, highlighting the ongoing debate about heritage and preservation of modern architecture. Most controversial is the Dorman Long tower, a proto-brutalist structure on the former Redcar steelworks site, which was demolished under cover of darkness in September 2021 after its Grade II listing was revoked. ’I felt numb that it was demolished, but I wasn’t surprised,’ recalls Chris. Having photographs of the unique structure allows it to live on and inspire people, he adds.

Limited edition prints, will be available from the gallery and a programme of events accompanying the show will shortly be announced. The exhibition runs until 08 May 2022.

Please contact the gallery for information about opening times, or see the website for more information, www.garethgardner.gallery