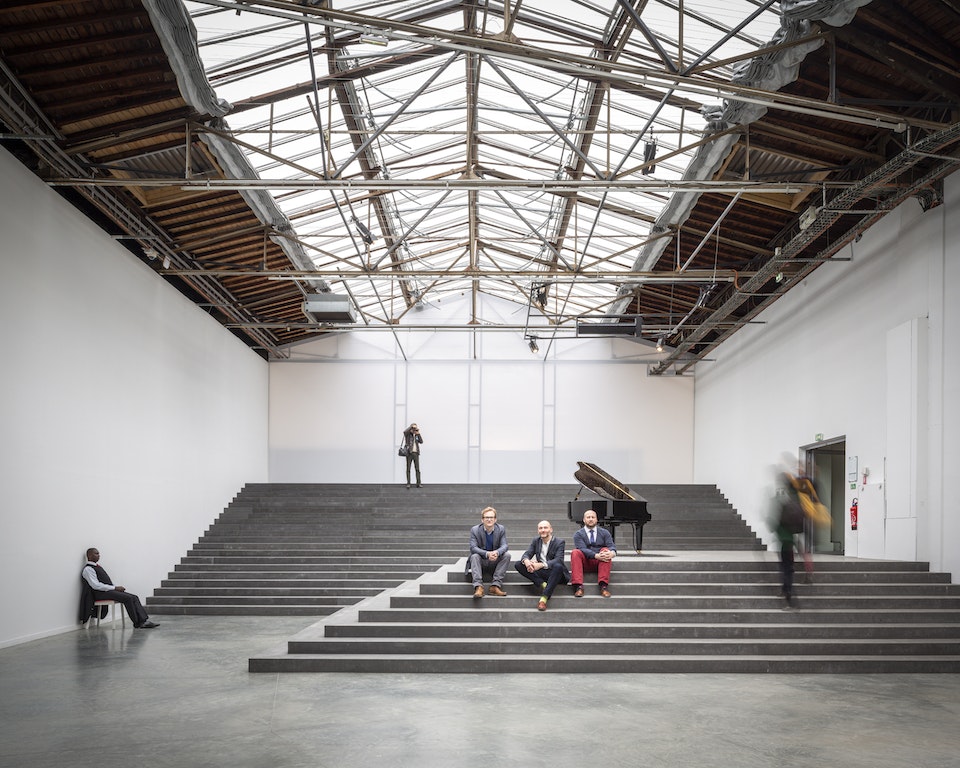 Architect Lacaton & Vassal was this week named winner of this year's Pritzker Prize, arguably architecture's most prestigious award. It made me think back to my visit to the Palais de Tokyo in Paris, back in 2014.

I was commissioned by Building Design magazine to photograph the building, as well as architects Tim Riley, Russell Curtis and Dieter Kleiner of London practice RCKa. They had chosen the Palais de Tokyo as their "Inspiration", a long-running series in the magazine. We were accompanied by journalist Pamela Buxton – the results can be seen both online here and subsequently in the book 50 Architects, 50 Buildings.

The Art Deco Palais de Tokyo was refurbished in two stages by Lacaton & Vassal after decades of neglect. Originally constructed in 1937 as the Palais de Musées d'Art Moderne, it was left dormant following the opening of the Centre Pompidou in the 1970s.

The first phase of refurbishment by Lacaton & Vassal was completed in 2002, with the second – much larger – phase finishing in 2014. It is a brutal and raw refurbishment, the original building stripped back and structure exposed. The building is dedicated to the emerging contemporary art scene and conceived as a "found" space. Writes Pamela Buxton: "Deliberately rough and ready, it was never regarded as finished but instead as a space with potential to evolve".

The 2021 Pritzker Architecture Prize citation praised Lacaton & Vassal's extensive portfolio of private and public projects which "reexamine sustainability in their reverence for pre-existing structures, conceiving projects by first taking inventory of what already exists." Human life is viewed "through a lens of generosity and freedom of use", which at the Palais de Tokyo means that visitors are allowed to roam free and the spaces are inherently flexible.

See a full portfolio of my images of the Palais de Tokyo here.

My favourite portrait of RCKa taken at during the shoot is featured in my portraits portfolio here.