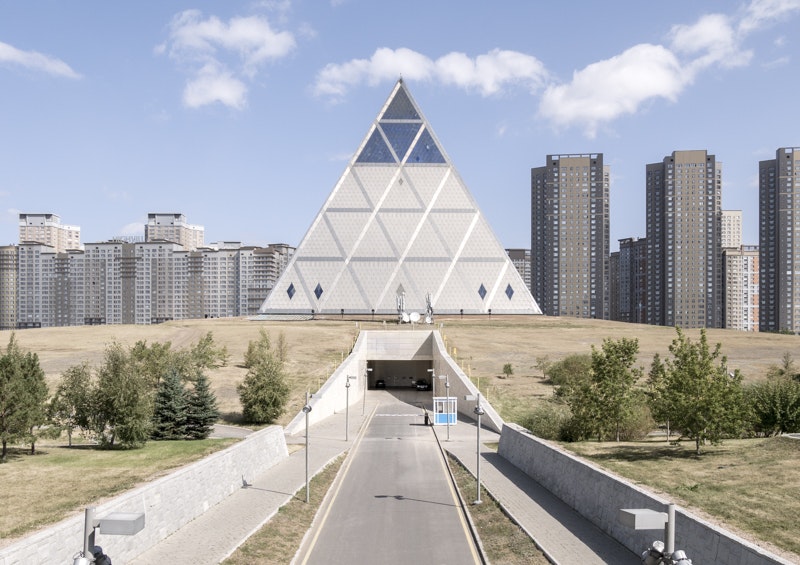 The first exhibition at Gareth Gardner Gallery in Deptford is a selection of images of futuristic architecture in Astana, the capital of Kazakhstan.

Astana: New-build Capital City showcases photography by Gareth Gardner. He visited the city on a commission in 2017, and had the opportunity to explore the city.

In 1991, oil-rich Kazakhstan was the last Soviet republic to declare independence. Despite its extremely harsh climate, Astana was chosen as the nation’s new-build capital city in 1997, the vision of dictator president Nursultan Nazarbayev. The photographs depict an alienating metropolis of urban motorways, empty building lots, deserted public spaces and surreal statement buildings.